Guten Tag, Travelers. I am the husband of Kristy, one of the two blogettes who maintain this site. I have been asked to contribute an entry based on my expertise in accidentally having spare time when my blogette did not.

My wife/blogette had heard the week after Thanksgiving was one of the least crowded times to visit Walt Disney World. This explains why, when we should have been peacefully lying about digesting 13 pounds of turkey per person, we were instead crammed elbow to elbow with 62,000 of our closest friends, partaking in all the Magic™ that the Walt Disney Company can inflict upon Christmas Chanukah Kwanzaa the Holidays!

At the time, we were living in Washington, D.C., and elected to take a plane because it had been way too long since we were last strip-searched. So, we started our trip off with a nice, late morning flight to avoid anyone being too tired. 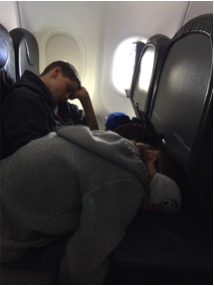 Upon arrival, we checked into one of the Disney Springs hotels, the Best Western. We stayed there the first night and moved to the extremely cool Port Orleans Riverside for the duration of our trip, because dragging 650lbs of luggage from one place to another is just not something you can get enough of!

Stuff-wise, we are not a lean operation.

After check-in, we headed straight to Disney Springs because, this being the first day of the trip, we still had money. 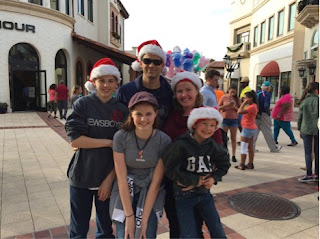 For those who have not been there, Disney Springs is essentially a large, Disney-themed outlet mall. Or at least it was. It’s now roughly 60% Disney-themed, with a new section of shops having been completed in the last couple of years. The shops in the new section have a collective theme I would call “We Want In On This.”  They’re nice, don’t get me wrong. But Under Amour, Columbia Sportswear, Levi’s, and Vera Bradley don’t really stir up my childhood nostalgia.

The old section, however, has a lot to offer. After Thanksgiving, one exhibit worth checking out is the Christmas Tree Trail. This is a long series of ornate Christmas trees, each decorated in the theme of a classic Disney film or group of characters. 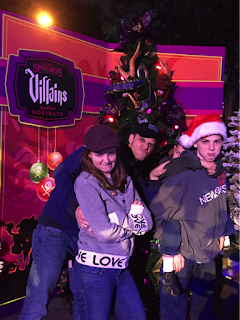 The one of the right isn’t playing along with the face he’s making. He’s being choked out by the little one.

Here’s a sampling of the various trees along the way. 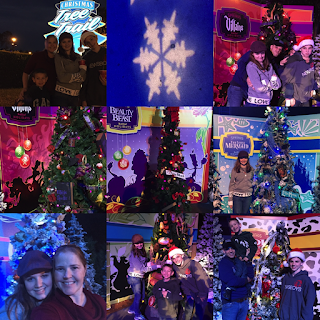 It even snowed! In Orlando! Sort of! 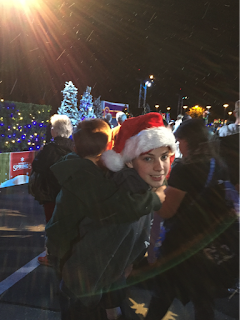 Actually, the snow was a really nice touch and helped create a fantastic, Christmas-y atmosphere.

After the Christmas Tree Trail, we headed over to the harbor area of Disney Springs to watch a coordinated, Christmas-themed drone show. It was extremely impressive.

The next day we took some time to tour several of the resorts to see their decorations. Disney may not have a clue what a candy bar costs everywhere else on the planet, but they have sure figured out how to decorate. I can highly recommend this is an extremely pleasant and, above all, inexpensive pastime. 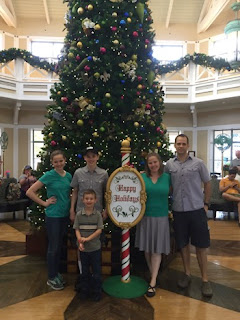 It was during this particular outing we encountered the Gingerbread. I don’t mean we found a bakery, and that this bakery had some particularly nice gingerbread available for purchase. Oh no. I mean nearly full-sized houses, murals, castles, and even a working carousel all made of Gingerbread!

For instance, in the lobby of the Contemporary, we found this Frozen-inspired exhibit: 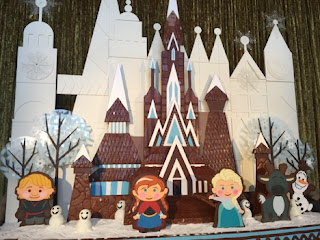 Nifty, right! I’ve tried making pancakes into recognizable shapes and the best I’ve managed is a Rorschach-like blob that could be a Mickey silhouette, but could also be something the dog horked up on the carpet. The Disney guys made this thing out of essentially gingerbread, honey, and chocolate. The scale isn’t clear in this shot, but to give you an idea how big this was, take a look at the ingredient list: 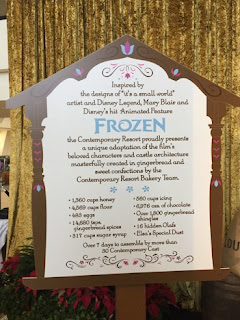 Diabetics have been known to go into insulin shock by just reading through the list too many times, so caution is advised.

The lobby of the Grand Floridian was even more impressive. 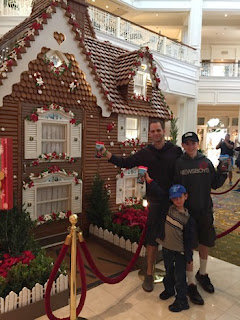 It’s big enough to be used as an actual store. 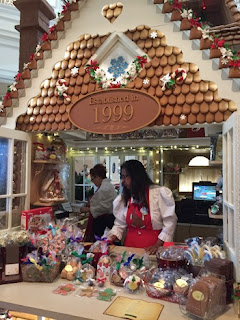 This particular Disney gift shop was constructed out of, among other things, a literal half-ton of honey. Not kidding.

That’s it for the free stuff, folks.  Next time, join us we show how Disney transforms three of their parks for Holiday Magic sure to break budgets of all sizes.